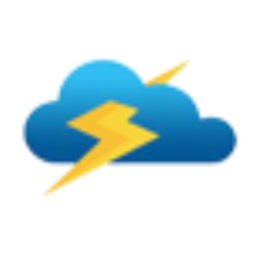 DIR: How Much Are You Over-Spending on the Cloud? CloudTrakr Has the Answer 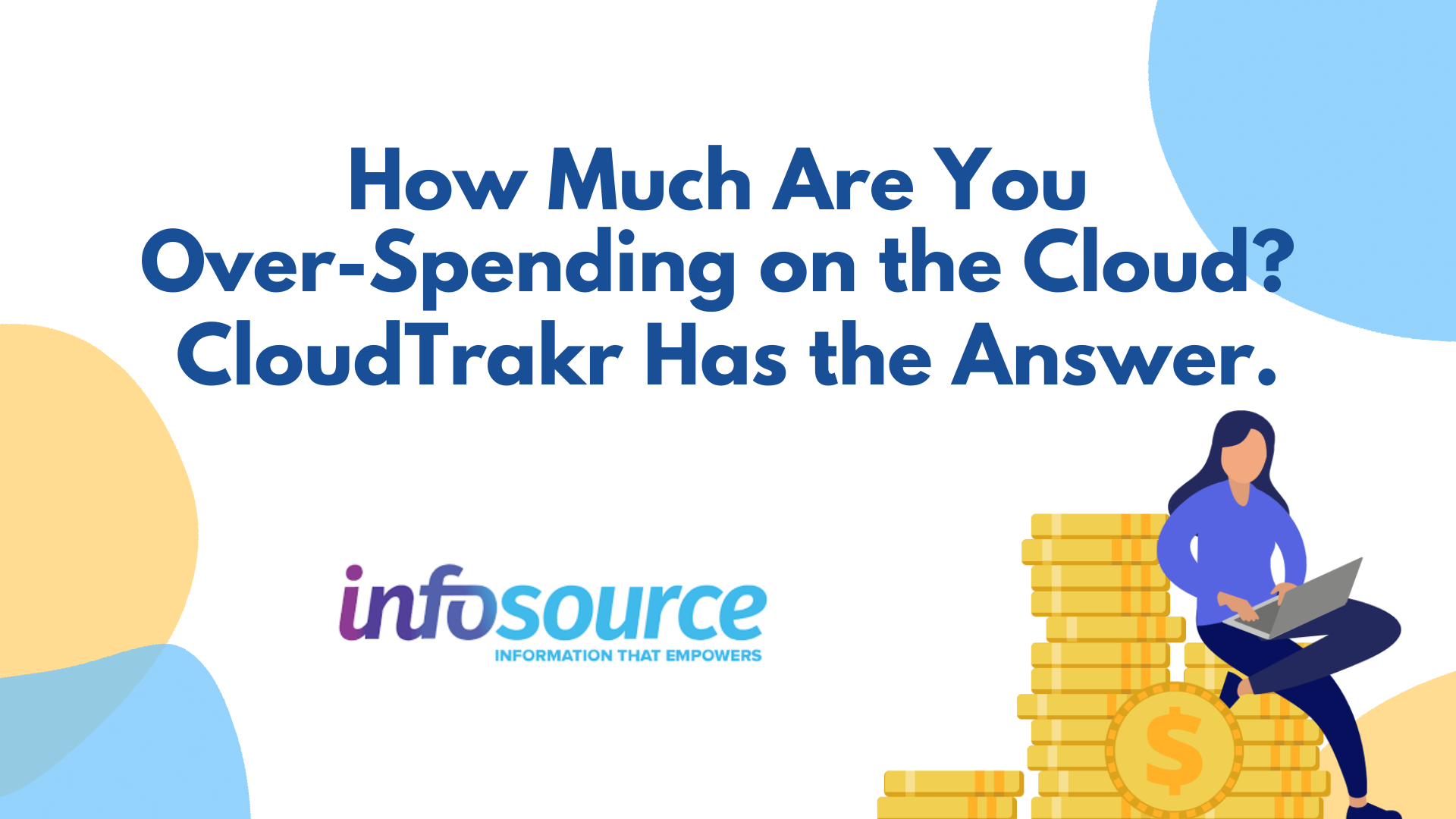 Here’s an obvious statement – every company (or at least the vast majority) use cloud services.

Less obvious, almost all of them – that probably also means you – are paying for capacity they don’t need or use.

Gartner estimates that 44% of cloud spending is wasted. Cloud bloat is real.

I spoke with Don Field (pictured), CEO, and Chandra Devarajan, Founder and CTO, about the new company and how they can put that wasted cloud spend back into your pocket. It’s pretty cool.

Both Field and Devarajan were at Ephesoft (purchased by Kofax earlier this year); Field as CEO and Devarajan as VP of Engineering.

In the last few years Field was there, the company was shifting to the cloud as “a cost saving measure from having servers on site and 24-hour support on site ourselves.” Spend was initially $10K or so a month but that quickly grew to$150,000/month. The spend included both development work as well as the production system sold to customers.

Devarajan saw this cost exploding and thought he could reduce the costs by looking at how they configured the systems. He succeeded in cutting their cloud spend roughly in half.

What they both saw was that without controls in place, engineers were self-provisioning to have their own servers to work on. The problem is that those costs add up, even though any single instance wasn't expensive.

Field said that when Devarajan worked through the systems, the cost savings were instant - often from simply turning off services that weren't being used (sometimes for months) and switches to lower cost storage when speed wasn't needed.

Devarajan was doing all of this manually. He thought there had to be a better way– plus, it was a nightmare to pick through the bills from AWS and Azure. He also began to think there was a business possibility in this.

Field wasn’t happy when Devarajan left to develop what turned into CloudTrakr. And he went all-in – using savings, selling his house – in the three-years it took to develop. During this time, they stayed in touch. When the product was ready, Field joined the company.

I think this is one of those things we all “know,” but never think about unless responsible for doing the work – setting up your cloud infrastructure is a tedious PITA.

I was blissfully oblivious to how tedious and complicated managing a cloud back-end is until Devarajan walked through the billing for one of their clients. It’s amaze. Like Theseus slaying the Minotaur in the labyrinth, CloudTrakr gives companies a “thread” so they can find their way out of the maze.

With costs being so low, it's also easy for individuals to add more capacity.

The major cloud providers encourage this by pushing “low cost” plans for a set amount of time that a company can “grow into.” The problem: often companies don’t “grown into” the excess capacity. In fact, many companies would be better off provisioning for current needs rather than taking a “discount” on a 3-year plan.

It’s also simple to go to AWS, for one, and add capacity. Sometimes, it’s literally pennies or fractions of a penny per hour. Still, much like how printing a page on a copier costs a penny or fraction of a penny, those pennies can quickly turn into dollars and thousands of dollars over time and a large number of employees.

Without someone continually reviewing cloud spend, it will inevitably spiral upwards. Adding to the challenge, price changes are near constant. Manually tracking charges this is possible, but not pleasant. The three major cloud providers do offer some insights into their services and costs, but they are difficult to make sense of. "Opaque " is the word Devarajan used, which I think is being kind.

It analyzes cloud spend across AWS, Azure, and Google Cloud and uses AI to serve up recommendations.

Field described it as essentially an auditing tool. Devarajan explained that CloudTrakr is a light touch and collects data from AWS Cloudwatch, Azure Monitor, and your read-only usage and billing data.

It analyzes usage and what a company has provisioned to make a recommendation based on multiple factors – price, how much buffer a company needs, how well usage matches spend, and much more.

You can see a few screenshots here. One of the cooler things I thought was that they have a daily calendar view. One click, see what you spent on any day. Devarajan said that other tools can give you access to this data, but it takes at least20 minutes to get to it, not a few seconds.

Devarajan noted that he had his peers in mind while building the product. It’s designed by an engineer for other DevOp engineers. The focus is on ease-of-use and simpler analysis of spend. The mobile app allows access to the tool anywhere.

Companies like VMWare have products – much more expensive than CloudTrakr –and are going after the large enterprise market. The Fortune 5000 also has there sources to have a team tracking their cloud spend. CloudTrakr is targeting the SMB market of companies with under $100M in revenue

Both Field and Devarajan mentioned regularly talking to companies who spend hundreds of thousands each month on the cloud. After exhibiting at several shows, they’re excited about the opportunity. There’s a need, but no one else is filling it. At events they regularly heard some variation of "we know our costs are going crazy, we're over budget, but it's too complicated."

This product is for them.

The dashboards are easy to read and provide recommendations. Customers often perform the recommended fixes themselves at first then allow the software to make the fixes itself. Field stresses there's no danger of downtime or impact on performance, These are mostly unused pieces of your configuration."

You can tell how effective the cloud providers are because the growth rate for their services is growing dramatically each year. It’s basically free money for someone like Amazon, where cloud services are the most profitable piece of the company, when they sell a 3-year subscription for someone to "grown into."

Too Cheap for the Price?

The pricing versus the benefits feels almost too cheap.

I had half a thought that they'd take a percentage of whatever they saved.

Don admitted that it is inexpensive. And they offer a 2-week trial period – no credit card needed, just sign up and start using it. They do this to show how well it works. All they need is access to the bill. It’s read only access and they provide analysis of a company’s cloud spend.

It’s a flat fee based on system size starting at $200/month. The pricing is upfront on the website. [Note: since we spoke, CloudTrakr has (wisely, in my opinion) increased their prices to match their value. Even so, the ROI is still outstanding. I've kept the example below because the numbers are nice and round and remain illustrative of the value of the technology.]

Even at relatively low cloud spend the savings are huge. Field referenced one customer (he stressed that these are round figures only) spending $40k/month who is saving $12k/month for a yearly cost of $6,000. The ROI is phenomenal. They've found that their customers save 20-40% of their monthly spend when using CloudTrakr.

CFOs see the 3-year discounts offered and can then brag that they’re saving money by not paying list price. In reality, companies are often paying more in the long run than if they had paid full price from the beginning. Amazon, Google, and Microsoft are making more money than the original discount is worth, plus they’ve got a customer locked in for three years.

Field notes another reason for the SMB market approach – no one’s paying attention to them. Macy’s is going to get a lot of attention. An SMB company with$20M annual revenue spending $1M on the cloud, not so much. Plus, there are8,000,000 SMB companies worldwide who are potential customers for CloudTrakr.

Field is reminded of the phone bills from his time at other companies. The bills would be feet tall, and finance would comb through looking for unauthorized long distance calls amongst a very confusing bill. Field notes the bills from cloud providers feel similar, "The bills from these companies are almost indecipherable because they're very big and complex and they're using terms you're not familiar with. And they show some discounts in there, but very minor discounts, and they make you feel like you're benefiting greatly from their great support, but in fact, you're probably wasting a lot of money."

Many companies initially provision for speed they don’t need. A simple way to cut costs is to provision for the storage speed you actually need rather than what the cloud providers push. [This part of the conversation gave me flashbacks to reading about hierarchical storage management in the 90s. It's exactly the same concept - just perhaps without having to worry about jukeboxes and picker speeds!]

Field, “We’re going to have fun. We’re not looking to make a killing. We're looking to have a lot of customers and really treat them well. It’s the way we started Ephesoft. We were very personable and friendly with our customers and built a lot of loyalty. That’s what we're trying to do and we're hoping that when someone's successful with their cloud out savings they will refer us to their friends because it's noncompetitive.”

See How Much You Can Save.

Thank you! Your submission has been received!
Oops! Something went wrong while submitting the form.

CloudTrakr is the easiest-to-use multi-cloud cost intelligence platform.
Useful
ProductResourcesBlog
About us
Meet the teamContactFAQPrivacy Policy